Farewell to our dear friend 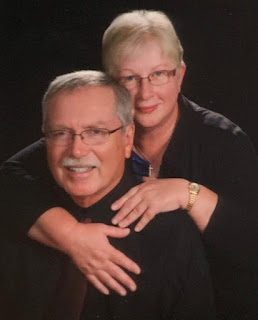 It is with a heavy heart that I must inform you that our fellow club member Richard Utkan passed away.  This tragic event occurred Saturday September 21st, 2019.  He laid down to take a nap and did not get up.  Richard was a distinguished pilot, builder, US Air Force veteran, and recipient of the Carl Goldberg vital people award from the AMA.  Most of all Richard was our friend.

He was a member of the UFO club since records were kept.  Richard joined in 1984.  A member of the lawn crew and a club trainer,  Richard would help other members and provide advice, and help both on and off the field.  Richard pushed the envelope with new building techniques and scratch-built designs that were often very successful.

This truly is a detriment to the RC community and to our club.  Richard was the Vice-President of the EFO, the electric only spin off of the UFO club that has a field down in Lyon Township near Ann Arbor.  The EFO members include Keith Shaw and Ken Myers editor of the Ampeer, the oldest electric RC publication.  Richard was among the founding fathers of electric RC, especially modern Electric RC.  Among his peers are the best and most famous pioneers of RC flight.

The link below leads to the official obituary.